My GDC 2011 rant was titled Potential Unreached, and here's a video[1] from the session:

We awarded the 2011 Duct Tape Award to "rants against myself", and Justin Hall accepted the award on behalf of the auto-rants from last year, and then proceeded to blow out the room's audio system.[2] 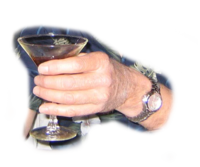 Potential Unreached was about how we need to start dealing with human scale interactions in games, and how this isn't a technical problem, it's just that we don't try to do it enough. I related my dismay at walking around E3 last year trying to find any games that allowed the player to even pick objects up with their hands. I was working on the technology for picking up and holding drinks in SpyParty, and I simply couldn't find any other games except for the Sims that even had objects in them at this human scale that the player could interact with.

Here's the example clip I used from Ico. I asked people to watch this through the eyes of a programmer:

After this played, I said:

But, that mechanic is beautiful! It's one of the most powerful mechanics in the history of games, in my opinion.

The point of this hyperbole: you don't need to solve the Hard AI Problem to have humans interact in your games. My experience with SpyParty reinforces this. Every single time I add something simple at the human scale, like people having drinks, or somebody carrying around a briefcase, or whatver, I find interesting gameplay laying all over the floor! I wish more games explored this area, rather than making the gunswords even bigger.

The other example I used was some of the fan forum posts about how people felt about their horse in Red Dead Redemption. 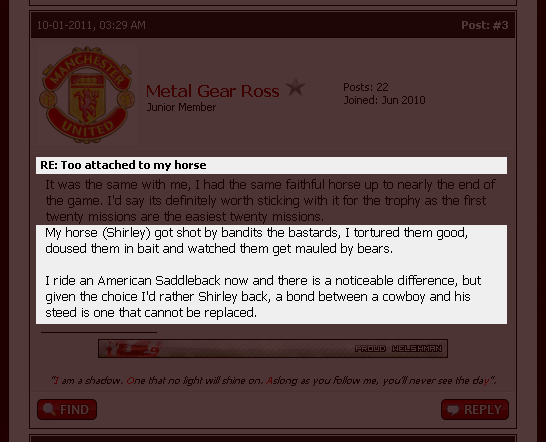 I ranted more about how we don't need more aliens and orcs in games, and tried to address the two common retorts to this (completely obvious and true) statement.

In a related vein, I also mentioned that if you could remove the controversial and offensive content in your game by doing a search-and-replace on the strings file, you weren't doing a very sophisticated job of being controversial and offensive. Real controversy in games should come from the gameplay, not the little name hovering over somebody's head, and should be impossible to remove without rewriting a bunch of the game. 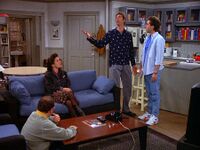 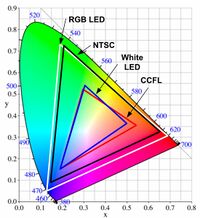 Finally, I put forth the amazingly terrible phrase:

This is my reaction to the call for the Gamification of Life. I don't care about adding points so people buy more shoes, even if it ruins a consumer's deep love of shoes, I care about adding real life experiences to games.

Here are the slides if you can't view the video above: ppt.