This is just a theory, however, and several indie developers I respect disagree with it. In the talk I quote Phil Fish talking about overhyping Fez, and I had a slide with a shot from The Stanley Parable blog showing how to hype without spoilers, but then a couple years after this talk, Davey Wreden released his next game, The Beginner's Guide as a complete surprise with no hype at all. 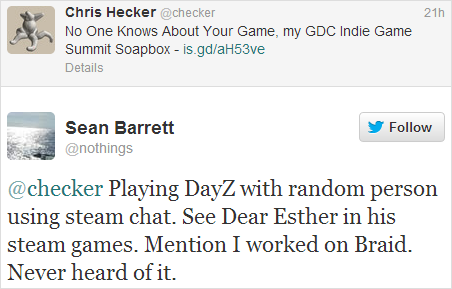