The most excellent Corey Weinstein introduced me to Henna tattoos at a school function one day, and I was instantly hooked. They're mesmerizing to have done on you[1], and they're a lot of fun to do on other people. This is an excellent video of some really awesome henna artists at work.

Kids and parents alike love them. Henna tattoos are really great for kids because they have to hold still while you're doing it, they have to be careful with it while it sets, they get to see it change over the first day[2], and on an active kid's hands they last about a week, so it's just the right amount of commitment for a 4+ year old to get their head around, and they get to feel a sense of ownership and pseudo-permanence, but not too much[3]. Then it's gone!

Here's my masterpiece, an octopus with a tentacle down each of Clementine's five fingers, so when she grabs something it looks like the octopus is holding it: 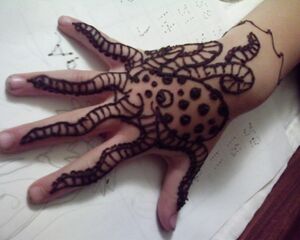 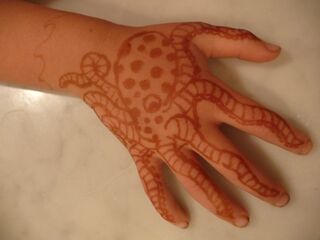 This one turned out so well, I'm a little worried my henna career is all downhill from here. Here it is eating a swedish fish, which is obviously the primary food source for henna octopi:

Here it is about to eat a marinated squid, a secondary source of nutrients for the wild henna octopus: 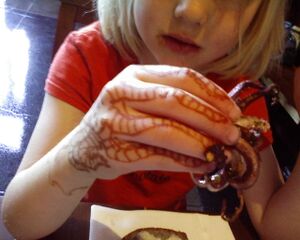 Here are some other tattoos I've done recently. 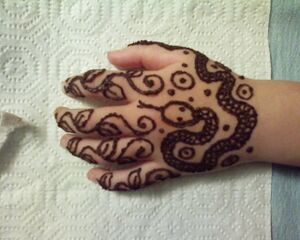 This was a snake with some vines and abstract designs. The cool thing about henna, as you can see from searching the net, is that any kind of intricate pattern just looks fabulous. I didn't get a picture of this one after the henna was removed, but it came in rather nicely. 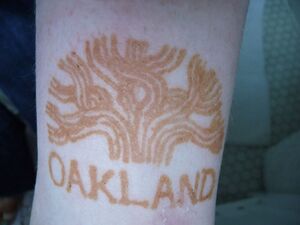 This is the old and awesome City of Oakland logo. I did this on the leg of Clementine's 12-year-old cousin the night before she returned to Jersey. Her friends apparently loved it. No word on what her parents thought. 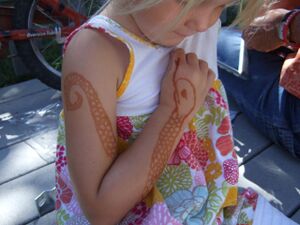 This snake was the first tattoo I ever did myself. It wrapped all the way around Clementine's arm. I forgot we were going to a wedding in St. Louis, Missouri the next day and she was wearing a sleeveless dress! It was quite the attraction. "Look at that little girl's arm, she's from California."

Here's a bunch from a school fund raising fair: 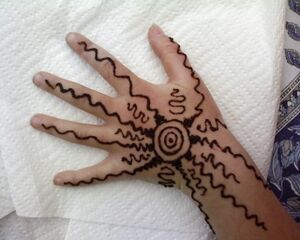 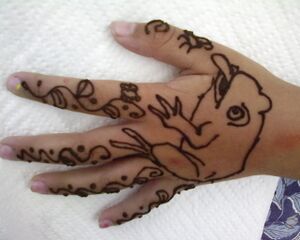 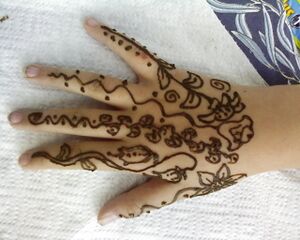 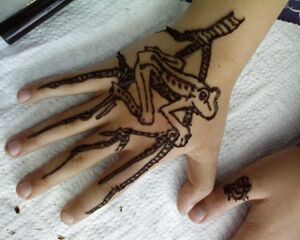 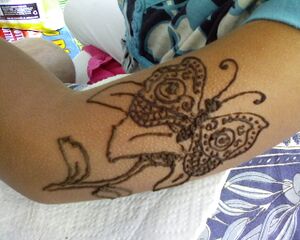 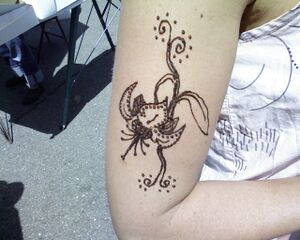 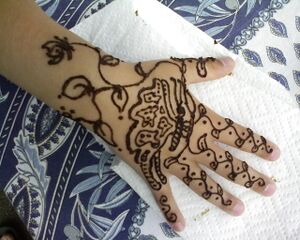 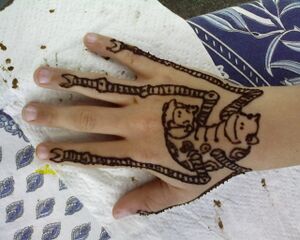 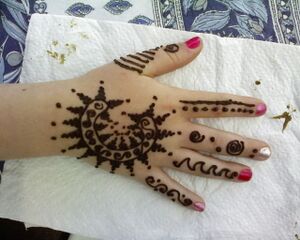 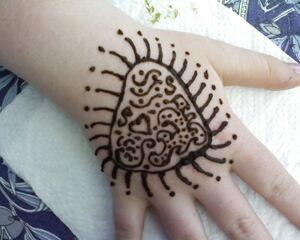 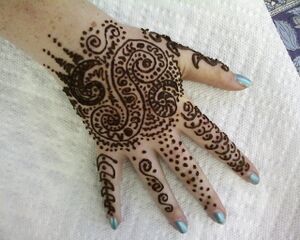 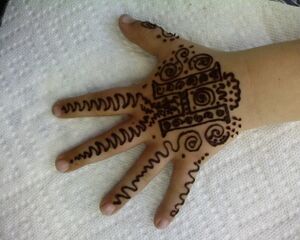 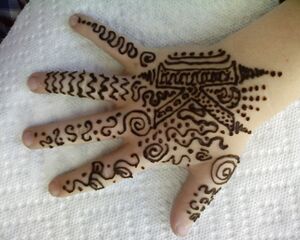 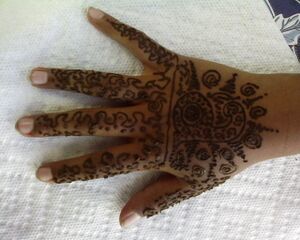